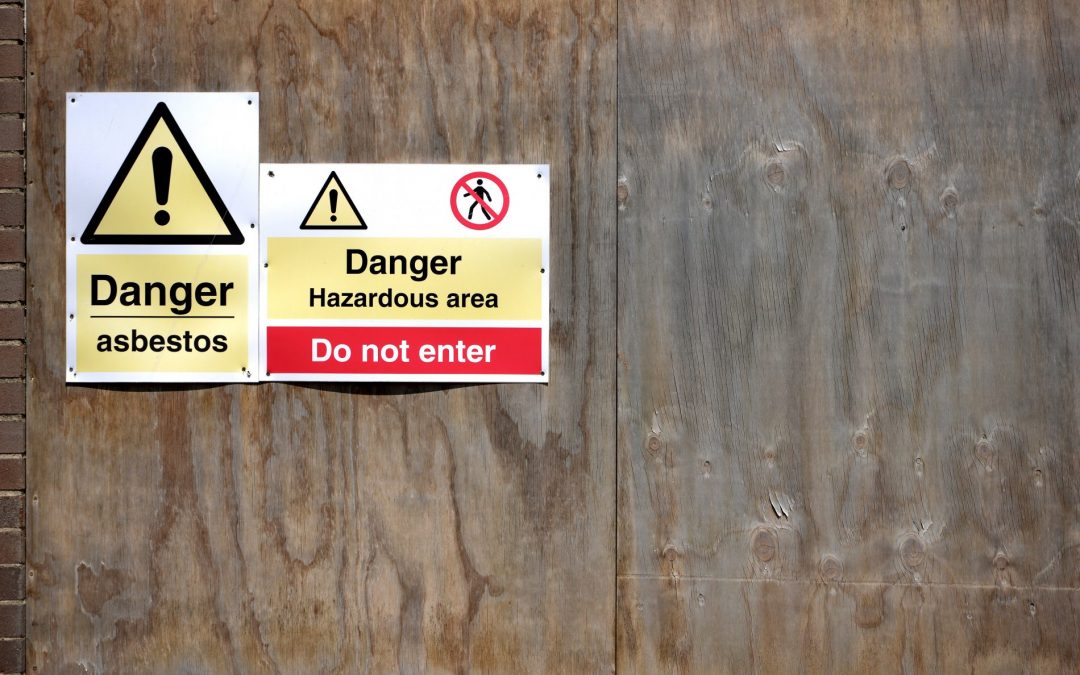 Though banned in certain products and uses, this mineral continues to pose a health threat. Here at Haztrainer we are dedicated to providing the highest quality lead and asbestos awareness training online.

AFTER ALL THESE YEARS – long since the dangers of asbestos became common knowledge and use of the fire-resistant mineral decreased drastically – health experts say asbestos continues to make us sick.

Despite the fact that the U.S. Environmental Protection Agency began banning asbestos in some products and uses in the 1970s, such as in felt laid under flooring and pipe insulation, it’s still found in older buildings and allowed in newly produced materials ranging from brake lining to window caulk. When the microscopic asbestos fibers are inhaled, they can cause problems like the chronic lung disease asbestosis, in which lung tissue can become scarred over time, hampering breathing and raising cancer risk. For some people, asbestos exposure may lead to the development of lung cancer or cause another aggressive cancer that attacks the lungs and abdomen called mesothelioma.

“The vast majority of mesotheliomas are related to asbestos exposure,” says Dr. Jae Y. Kim, chief of thoracic surgery at the City of Hope cancer center in Duarte, California, of the rare cancer that afflicts about 3,000 people annually. The consequences of asbestos exposure don’t usually appear until long after the fibers are inhaled into the lungs. That could be at least 10 years or more before asbestosis occurs, or several decades before symptoms of cancer emerge. Kim says he usually sees people with mesothelioma around 40 years after they were exposed to asbestos. Patients are typically in their 60s or older, and often had worked in naval shipyards, where asbestos was used frequently in manufacturing, or they worked in other construction or plumbing jobs.

But the composite of who’s at risk from asbestos exposure is hardly limited to workers from a bygone era. Workers and homeowners today also face their own challenges. And while long-term exposure raises one’s risk, it appears even brief exposure to asbestos can potentially have serious or even fatal consequences. “There is no known safe threshold of asbestos exposure,” Kim says. “As far as we know, even significant amounts in a short period can cause long-term health problems.”

Those at risk can include the homeowner who’s renovating an older house or a worker who is exposed to asbestos-containing materials on the job, such as while working on old pipes. Asbestos is still allowed in things like hard floor tile , brakes for vehicles – from cars and planes to trucks and trains – and insulating jackets found on heating systems and boilers; some structures are still built with the hard, asbestos-containing material transite, says Larry McGowan, supervisory industrial hygienist at the Occupational and Safety Health Administration, whose job involves protecting workers from health hazards. “So there’s a lot of materials out there,” that contain asbestos, he says.

He notes that the EPA has collaborated with states to set up systems requiring training, certification and licensing for workers doing any kind of asbestos removal. That could include removing asbestos insulation from an older building, for example. Other workers who may disturb asbestos or be around it – from mechanics who do brake work to individuals cleaning industrial areas that could contain the mineral – are also supposed to receive proper safety training, which OSHA regulates.

“Most exposures come from destruction or demolition of old asbestos-containing materials,” says Dr. Jill Ohar, a director of pulmonary rehab and professor of pulmonology at Wake Forest Baptist Medical Center. “Therefore it is important to approach household renovations with great care.” However, just as homeowners don’t always look before the demo , employees sometimes find that they’re unequipped to deal with the hazards that arise – or are inadequately protected by their employers. “OSHA responds to complaints from workers that are either told to work around a material they suspect is asbestos or they see some damage and they’ve asked their supervisor or building manager and nothing was done,” McGowan says.

On the home front, it’s important to be aware of the age of your abode and the condition of the materials in it, says Jill Dyken, environmental health scientist at the Agency for Toxic Substances and Disease Registry in Atlanta. The federal public health agency, under the Department of Health and Human Services, focuses on preventing harmful exposures and diseases related to toxic substances.

If you have any concerns, she recommends contacting a state or local environmental agency. Have materials tested for asbestos. If found – especially if materials are in bad condition, and therefore more likely to release the dangerous fibers that can become trapped in a person’s lungs – experts say its important to hire a contractor licensed to remove asbestos-containing materials. “Those companies can use safe removal methods to avoid contaminating the whole house with asbestos,” Dyken says.

In addition, homeowners – particularly those who live in houses or buildings constructed in the 1970s or earlier – can take preventive measures to protect themselves from possible exposure. If you’re just worried about what materials were in your home in the past or otherwise want to be proactive, regularly cleaning your house with a wet rag, mopping or using a vacuum cleaner with a HEPA filter to get rid of dust may help, she says.

While most of the focus has been on what man has done with asbestos – which is made of thin, fibrous crystals, and describes several different minerals ranging in color from white, brown, blue and green – it can also be potentially hazardous in places it’s found to naturally occur near the ground’s surface. The U.S. Geological Survey research geologist Bradley Van Gosen has mapped many places where asbestos naturally occurs and knit together a comprehensive national view for U.S. News & World Report.